<-- Teatrise on Search Queries & Other Forms of Moving --> is a live coding performance in online environments driven by choreographic scores -- bringing new meanings and producing new imaginaries around the acts of coding.

Dance scores and computer programming scripts are the result of a composition process which defines the space and time for actions to unfold. In web environments, scripts are written in programming languages such as Javascript which are executable by a computer. Similarly, choreo-graphic scores define a set of rules traditionally executed by humans. Both scores and scripts hold the question of performance, the possibility and the responsibility for action.

Joana Chicau creates hybrid scores/scripts that link post-modern and contemporary choreography with web-coding functions. This technique follows the concept of esoteric programming languages, which integrate a new grammar into an existing one when writing software. These functions, are named after choreographic concepts, which are assigned to specific web actions. By fusing methods from the sphere of choreography with the performativity of code -- her work reflects on how conditions change through affective interface foldings of bodies, subjectivities and technologies.

This piece has been originally supported by _V2 Lab for Unstable Media, 2019. 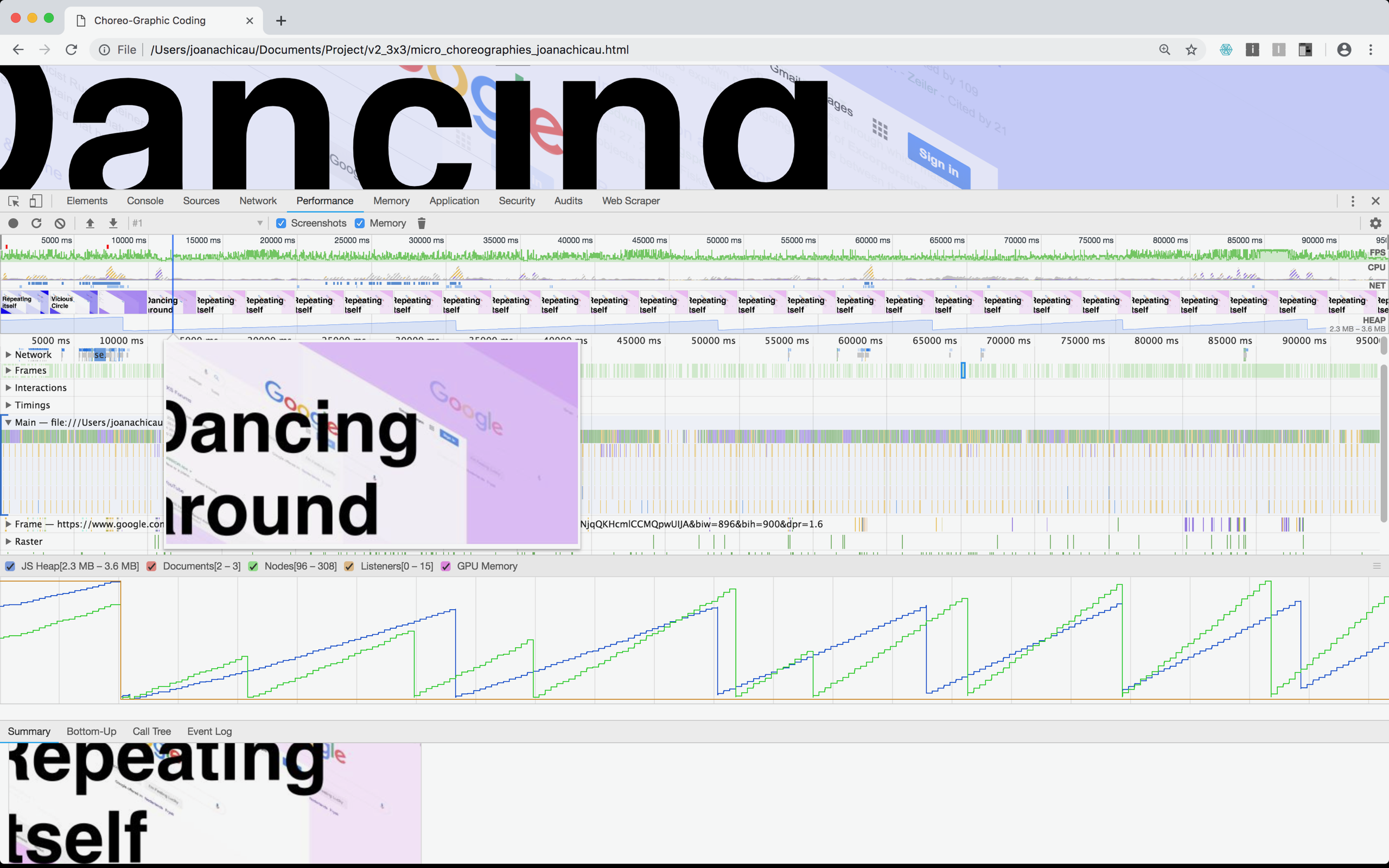